Free UK Shipping on Orders Over £40

Are you Allowed to Vape?

Are you Allowed to Vape?

For a lot of information about vaping, it can be quite difficult to find out the answers you really need in a sea of articles / studies / product reviews. So here at Drip Hacks we want to deliver all the answers you need for anything that you may want to ask. One of the topics that never really gets covered is the risk of vaping in many different situations, what are the rules and advice given. So what we want to do today is simply try and cover some of these scenarios and hopefully answer some of your questions and offer a little bit more clarity on vaping in the bigger wider world.

One question that is always asked, where is it acceptable to vape when you are outside? After all, vaping isn’t smoking so surely it doesn’t adhere to the rules? We may know someone who vapes in the pub or at work and you may have wondered if that is OK to do? Certainly there was a time that there wasn’t any rules in regards to rules about vaping and there wasn’t really much noise on this changing.

The answer being, there isn’t any rule to prevent you from vaping in public places. Nothing has ever been officially passed in government to say it is illegal to vape anywhere you want. So great news right? Not quite, as where there may not be an official ban on vaping, most places will have their own personal policies that dictate where you cannot vape. Say for example a supermarket, on a bus, in the pub etc. Where there is no official ban in these places, they have their own policy in place that have banned it. So the answer is no you cannot vape on a bus or in a supermarket that has not allowed it, no matter how much you plead the law does not say such a thing. In time this may change in terms of government intervention but for now you can be fined or asked to leave if you do not adhere to each individual policy.

The best way to look at this, it is only fine to vape where you would otherwise be OK to smoke. If you can’t light a cigarette up somewhere then chances are you won’t be able to vape there neither.

As of now there is no law in place to say you cannot vape around children so it is entirely down to a personal choice this one. It has been proven that 2nd hand vapour poses no risk to other individuals, young or old. There is no nicotine in the vapour to inhale second hand and it does not cause any known respiratory issues, contrasting the proven effects of second hand smoke. So from a scientific approach, there has been nothing found to prove to be harmful for children.

However from a personal choice, you may choose to still take the vaping outside or at least in another room for a multitude of personal reasons. That is perfectly fine if you choose to do that. Although there is no direct harm to children by vaping around them, you may wish not to do that from your own decision. There is no wrong answer, if you don’t want to vape around children then that is a perfectly acceptable choice. Much the same if you choose to vape around your kids, there has been no proven evidence that it provides any harmful 2nd hand effects to put them at risk.

This one is down to your choice, do or don’t, you aren’t wrong to.

This question has more concern less with others and more to do with your home itself. Can you vape at home and what potential damage can you cause?

This has come from the previous smoking advice that has proven effects on your property. It is known that smoking will set smoke alarms off, leave a dirty tar like substance on your walls / ceiling and leave your furniture and clothes smelling very unpleasant. You will be pleased to hear that there is no known effects such as that to occur from vaping in terms of damage from an overall sense. Vapour will not leave rooms smelling (other than pleasant) will not stick on clothes or furniture and there is no effect of substances/discolouring on walls and ceilings. So from that stand point it is perfectly fine to vape indoors, however there are a few things to be wary of.

The first one is your smoke alarm. Typical smoke alarms will not be triggered by vapour unless device is overly sensitive / low in battery. However you may find that a heat alarm may prove to be more sensitive than a smoke alarm and as such, react much more often. You may not leave a residue on your walls but vaping can cause a residue build up on windows instead if you like to vape a lot. So where you may not need to clean your walls, you will need to clean your windows instead. So standard window cleaner should be fine for that and it won’t smell so nothing to worry about there. Finally much the same way as smoking, vapour can get inside electronic items and cause a build up over time which is something to be aware of. For example a computer may have a build up that requires cleaning much the same way as you would dust so long term cleaning of items such as this is advised.

Vaping is fine at home, simply keep away from computers, buy some window cleaner and enjoy your nicer smelling clothes from lack of smoke.

Another popular question that gets asked is whether you can vape in cars now with the rules of smoking recently changing. People are a little unsure of what the actual rules are in regards to this.

So from a law perspective, it is legal to vape whilst driving and vaping has not been impacted by the recent smoke bans. So you will not be breaking the law if you choose to vape whilst driving. However, you can be fined and have points added by the police by vaping behind the wheel. If you were to drive erratically or even dangerously and the police determined that vapour obscured your vision then on the spot fines and penalties will be given out.

How about vaping with minors? As of right now, it is not illegal to vape whilst you have minors in the car with you. This is a contrast to the smoking bans which outlawed smoking entirely, vaping is fine for now. However as per above, if you were to cause a scenario where vapour obstructed your vision whilst carrying minors in the vehicle, the penalty although not determined would be harsher than if you were stopped by yourself.

So it is legal to vape whilst driving although we at Drip Hacks do not recommend doing so in case of risk for yourself and others.

Another question that gets asked is can you vape in hotels, after all, it leaves no smell or causes any damage. For anyone who is staying at hotels quite regularly, the idea of having to go outside is a major inconvenience having to mingle with smokers and trek back and forth when you want a pull on your vape.

The answer to this is no.

To explain why, hotels for the most part have a blanket ban of vaping in any of their rooms. It is included in the no smoking policy but you are not allowed to vape whatsoever within a hotel, even by a window. If you are caught doing so then you will be fined and asked to leave potentially. Additionally if you so happen to set a smoke alarm off with the vapour accidentally, that carries an automatic fine also in any hotel chain in the UK.

So unfortunately there is no leeway in this one, the answer is no, you cannot vape in hotels.

Another very popular question that gets asked quite a lot, especially around summer time is what is the case of vaping on holiday. Most of us do not have an in-depth knowledge of each country or the rules in regards to this and even harder to find the right answer out.

So this question is really in two parts, one in regards to the airport and the other on holiday itself.

Starting with the Airport, can you take vaping products through and on holiday with you? The answer is yes you can, if you follow standard rules put in place by each airport. They must be in your carry on luggage and this applies both domestic and international flights. Bottles no bigger than 100mils and in clear bottles and you should be fine going through security. You cannot vape in an airport as you would expect so no chance of needing to dig them out until you get on holiday.

On a plane, no vaping allowed again as you would expect. In fact, if you happen to vape on a plane and set a smoke alarm off, you won’t just be facing a telling off, potentially you could be sent to jail if the plane is forced to divert as a result. So it really isn’t worth the hassle by trying!

Once you are on holiday, it all depends on where you are. European countries have no issue with vaping out and about, with public space laws specific to each country so well worth checking before you fly. Other countries may have stricter regulations or even complete bans in place, we will cover this in our holiday guide coming soon. 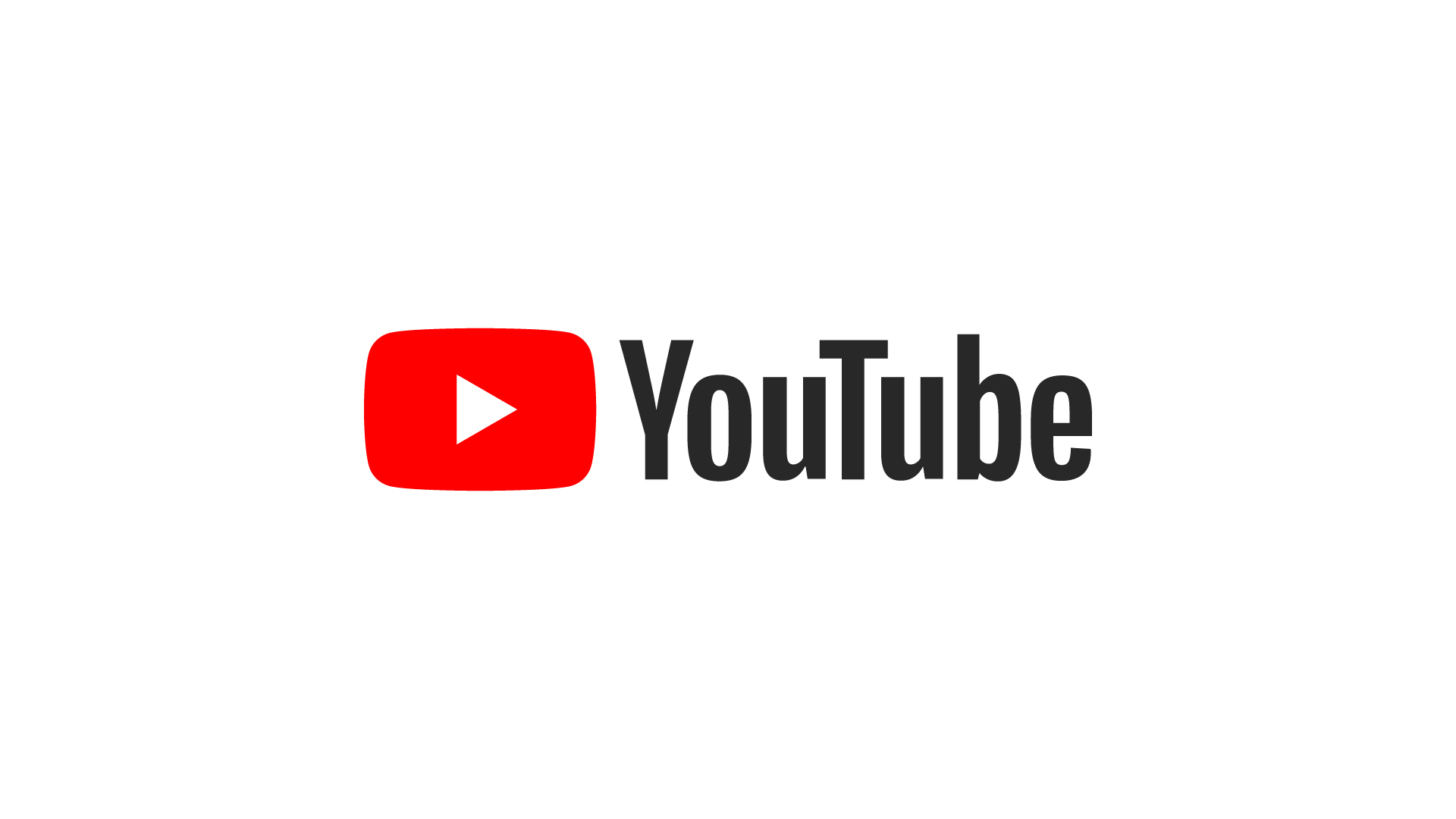 At some time or another vapers have looked to reviews as a means to determine whether they should make... read more 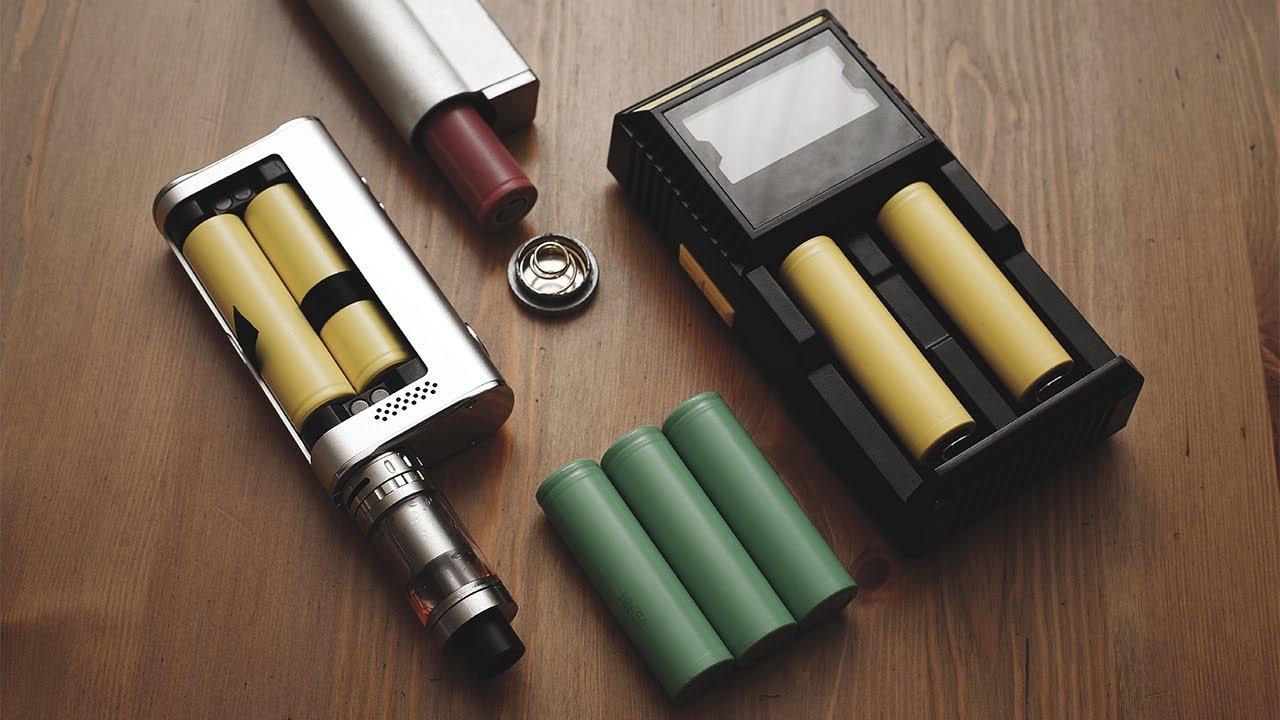 Vaping has come a long way over the past 10 years, and how we vape has changed substantially. What... read more

Vaping – The War to Come

As I sit here writing this, my mod, E Liquid and batteries are all safe. I am legal to... read more 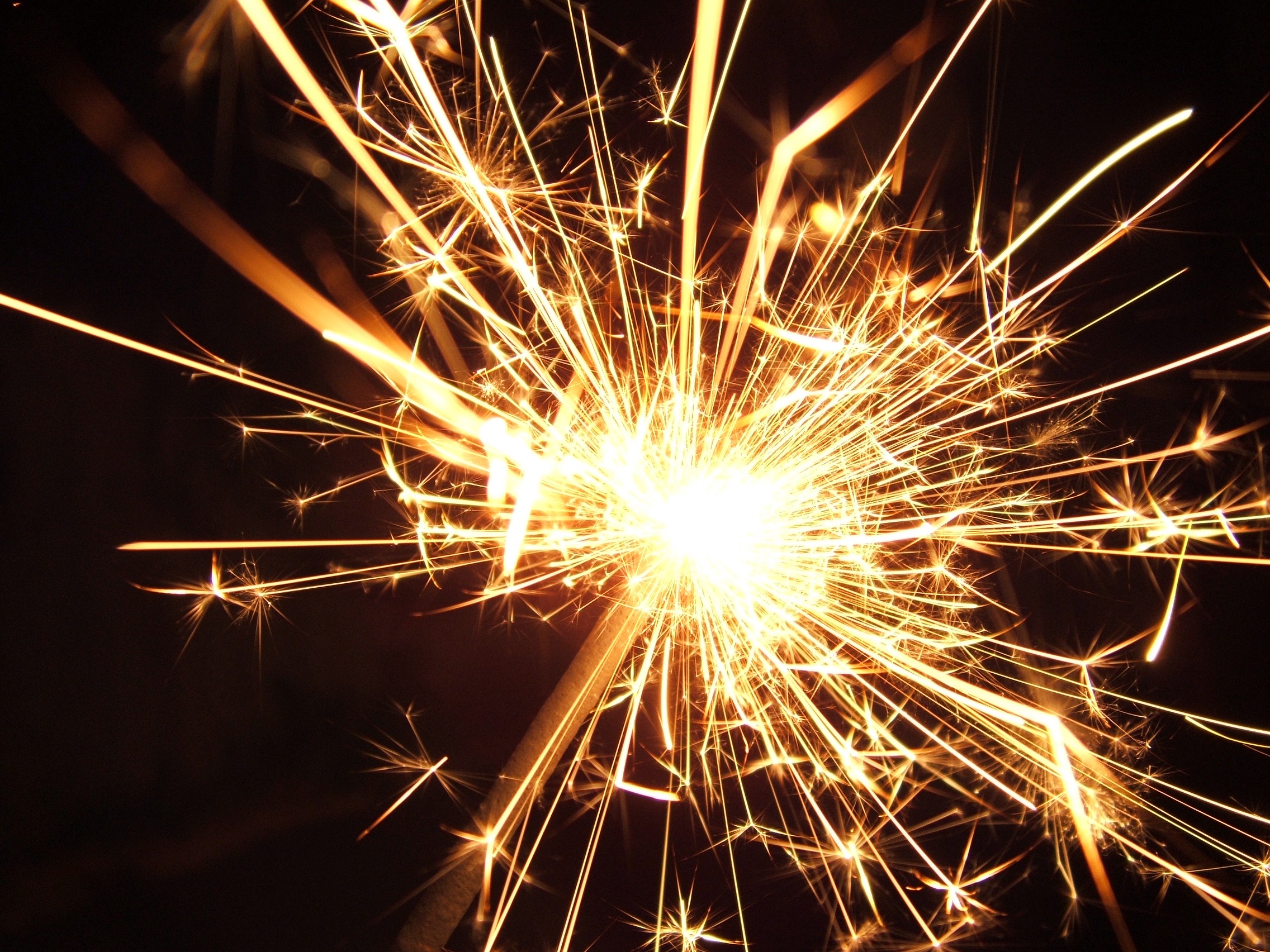 Has Vaping Lost its Spark?

I remember back when I made the decision to quit smoking and start vaping. Like many people I started... read more 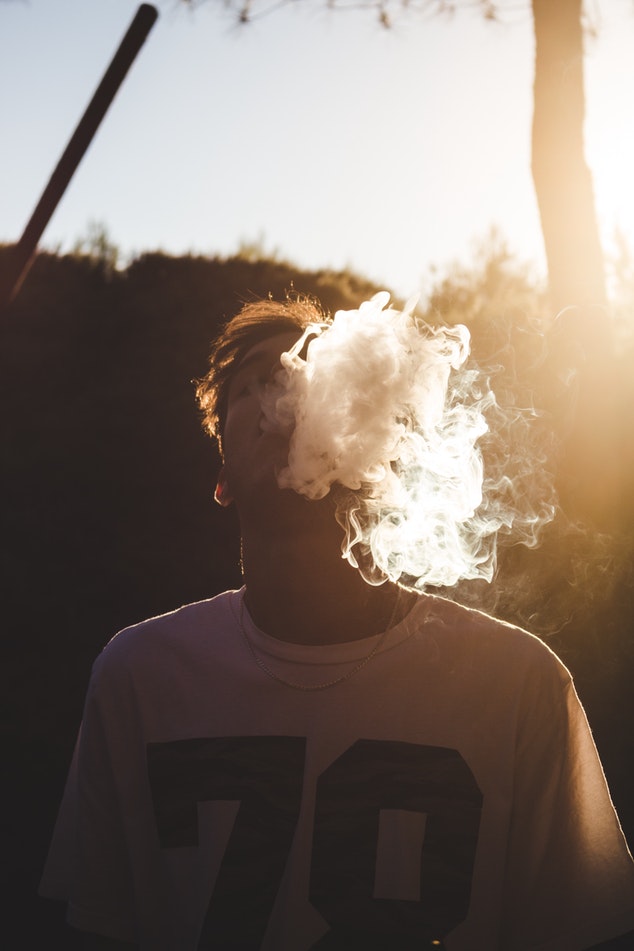 With a variety of e juice options available on the market to choose from, should you consider shortfill e... read more

Horizontech have been ruling its kingdom but now it is time for a new reign to start. Will the... read more 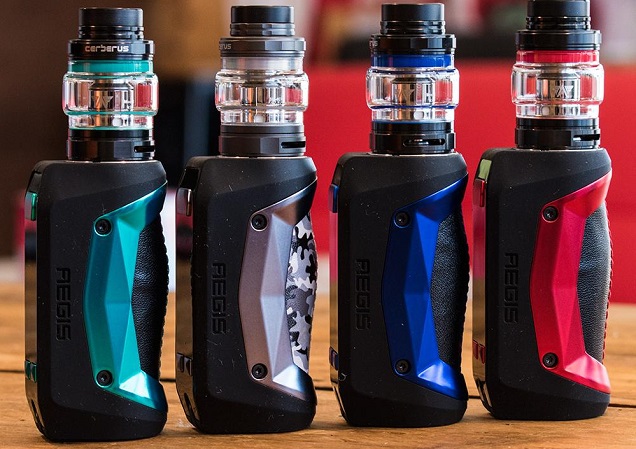 Over the past 10 years the vaping industry has changed to an extent that each year, there is a... read more

Vaping conventions are a curious mixed bag of cats. On one side they represent a chance to get up... read more

Making Eliquid is simple and cheap, the best way to vape if I am being honest.  You can create... read more