Are Relx the biggest vape company you have never heard of?

After 10 years, we think we know the vaping industry like the back of our hands. We know who are good companies, who are bad and who are in it just to make money. So many vapers have developed brand loyalty over the years and these brands have catered to their audience whilst trying to lure more in with products they want. Take Uwell for example here, a company known for its crown tank series has since branched out into pods, into kits and even watches. We have seen so many companies grow over time and expand their market in the hopes of creating this brand awareness and quality to millions, each one vying with each other to be the very best. So with all that being said, is there a name that we have never heard of that is about to grow exponentially in the coming years?

Relx are a brand that you may never have heard of. However recent moves could well be about to catapult them into the same status as companies such as JUUL and Smok around the world. An inconspicuous company on the face of it, they plan to do far more now than your average vaping company and coming from the heart of vaping China, if they succeed then they could be on the forefront of vaping in the future globally. Given how many Chinese brands we have never heard of before existing over there in a market that doesn’t really love them, for a company to stand out, it takes some going.

So join us at Drip Hacks as we take a look at Relx, potentially the biggest name in vaping we have never heard of. 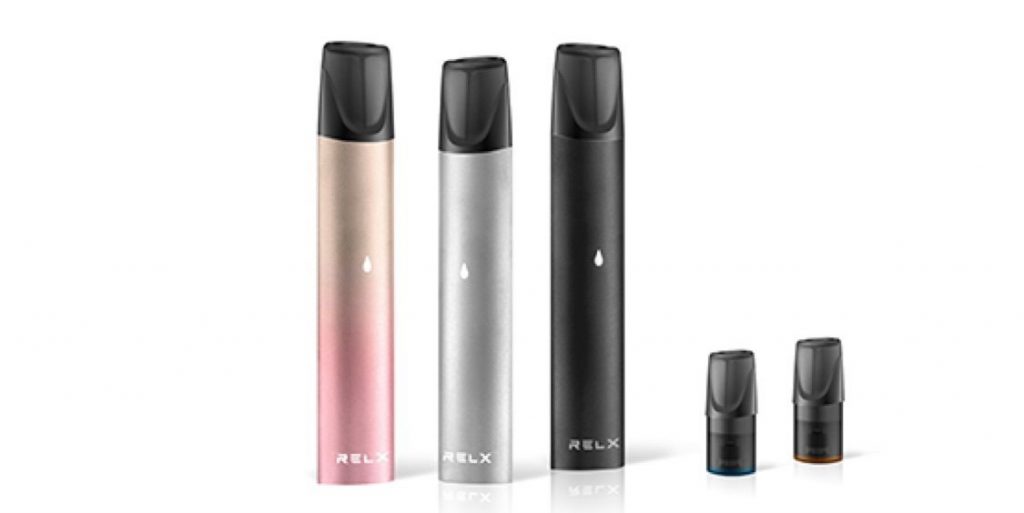 So we have established they are a vaping company but who exactly are Relx? The first place to start is what the name actually means, which the company are so happy to deliver on that. The name Relx stands for Responsibility, Empathy, Leadership, e(X)perience so they have established their company values simply through their name. They want to make vaping products that are both high in quality but aimed at helping smokers quit as their prime directive. This is quite interesting given that the significantly high smoking rates in China, that they hope to be the answer to help curb that in the future. The interesting thing doesn’t just end there however and when you take a look at where they get their experience from, Uber, P&G, Huawei, Beats and Loreal. When you take a step back from vaping and look at that sort of pedigree of experience for a company aiming to go global, that is an impressive list of alumni. They have the investor backing down as well, meaning that they are planning on growing rather than simply establish themselves.

Over in China the young technology based start up company is trying to do things a little differently, working with the government within China whilst remaining non state owned. Only a few years old in comparison to other more established companies previous, Relx have made huge strides in a short space of time with a huge ambition to go with it. They make closed pod systems, much like your JUUL style devices which seem to be the preferred way of smokers quitting, given the rise of the aforementioned company in America over the last few years. They also use nicotine salt in their devices they say is pure, which ranges from 2-5% in strength. So they may not appeal to you or I, but their target audience isn’t aimed at us, it is aimed at helping people quit smoking as their primary objective.

Now we know who they are, what are Relx currently up to? Since their inception they have tried to be a mainstay in China, heavily featuring in many vaping shows over the last few years to establish their brand. However it is the global expansion that is interesting now, aiming to get established In the western market. The company has already set up a UK based website which you can order from and you may even find their products in stores near you. A quick store locator search based on my address came up with a few different vape shops in the city that were down as distributors. They are not quite ready for establishing a brand in the UK just yet but they do have their products on the market currently which is always a good starting point.

It is their expansion into America however that is far more interesting right now, not for the what but for the who. Relx plan to submit a PMTA application to the American FDA in order to start to establish a foothold in the country. Given the troubles that JUUL have had in the last 12 months alone, it would be fair to say another quality closed vaping device would be primed to really hit the ground running once approved by the FDA. Americans would certainly jump all over such a product and we could see Relx take much more market share than previously expected if their nearest rivals were still in turmoil as it seems to be. The interesting thing about this story is who is fronting their North American campaign to move into America, Donald Graff. Donald has an interesting job title, Head of scientific affairs in North America, a title that would normally not have any weight to you or I, but it certainly does when you look at his CV. His former job in America was chief scientist at JUUL for a brief period after spending 13 years at Celerion, studying tobacco products. So not only do they have marketing nous over in their base in China, but their head in America is experienced in tobacco and creating smoking cessation devices, another shining example how Relx plan to achieve their directive of helping people in quitting smoking. 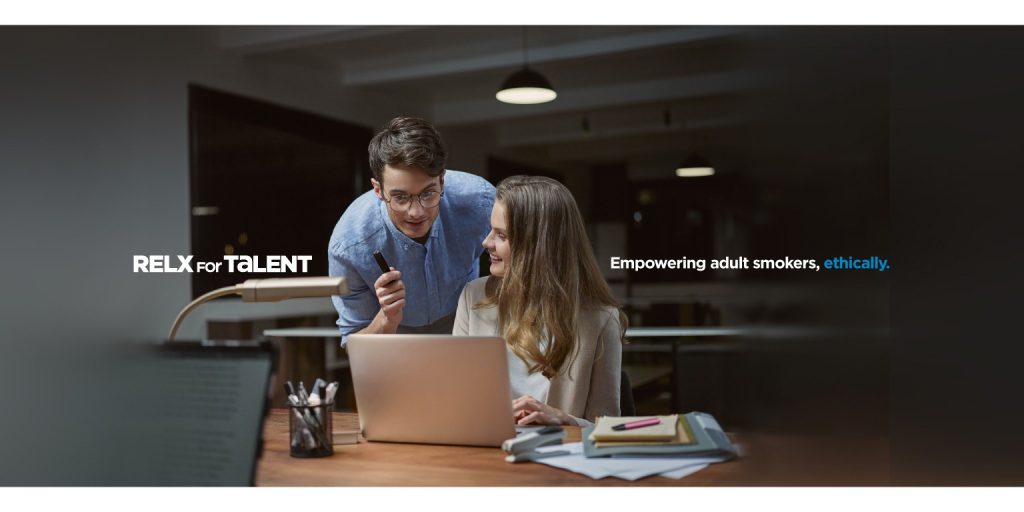 Why should anyone care about Relx?

It is a good question, here I am telling you about a Chinese company that you may never buy from but you will be wondering why even bother mentioning them in their own article. After all, vaping companies are a dime a dozen these days and for all the good intention of helping people quit, it isn’t a new concept given that is literally what vaping is. However selling vaping products are not only what Relx are up to, with some seriously impressive extra-curricular activities taking place.

Only going to their website and you can see pretty much standing out at the top of the page is their guardian program. What the guardian program is in a nutshell is a way in which vapers can help govern the misuse of vaping products in under age vapers. So even just logging onto their site in either desktop or mobile versions, you are greeted with a header providing information on contacting the company if you find anyone under age using their products or selling to minors. This is an incredible thing to push for a company, as one of the main concerns in the western world, most notably in America is the use of vaping in teenagers. So for a company to try and be pro active about it, that is everything you would want from a business that establishes responsibility as its name. Over in China they introduced their own sunflower system which was developed from the ground up, making it even harder for young people to purchase their products. Even their new Relx-i device requires a mobile app that requires you prove your age before you can start using it. A small annoyance for us older people but again it is a great example of a company taking a pro active approach in making sure only legal aged vapers can use their products.

Another program Relx have running is called Golden Shield, which aims to prevent counterfeit products flooding the market. In July 2020, they announced such a program prevented $700,000 dollars on flooding the market across Asia that would have been potentially dangerous to vapers there. Working with the Chinese government, it is another shining example of a company taking a pro active approach in such issues. They aren’t just helping physically neither, the Golden Shield program is working online with social media platforms to make sure these sorts of products are not being sold there as well. So they are trying to cover all bases, to protect people, especially as they announced some of the fake products contained substances that would be dangerous to vapers.

Finally, something else that Relx has started up, the best for last as it were is something that could be fantastic for the vaping industry in the future, their own laboratory. On September 17th 2020, Relx opened their life science laboratory with the single aim of researching vaping to ensure it remains as safe as it is now. They have not only put this in place but they have shown some ambition in a 10 year matrix in order to research the subject fully. They plan to recruit many experts, work with existing vapers and even branch out to further labs / universities to really delve deep in to the research they plan to conduct. Some of the research they plan to undertake is short vs long term vaping performance to see what the effects of vaping is on a human, using 3d printed lungs. They also want to look into the effects on the cardio-vascular system and nervous systems to really see how vaping effects us over the long term. So in a decade where vaping is constantly being attacked for lack of research and misinformation, Relx is trying to change that and finally provide some solid evidence on the long term safety of vaping vs smoking. 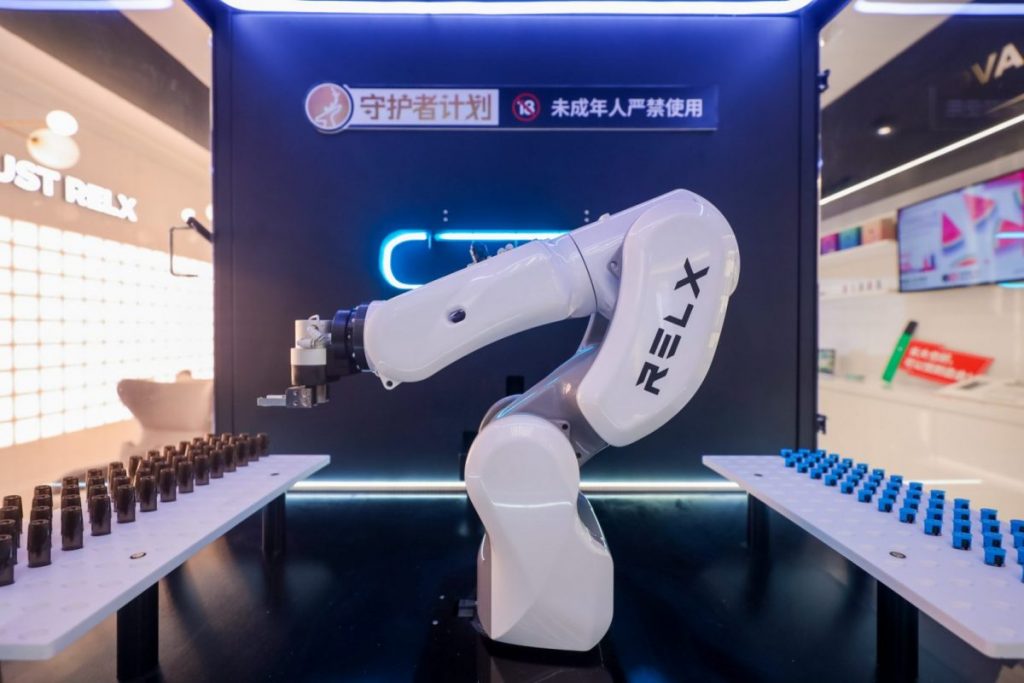 This is all impressive is it not? I know it may have seemed strange to focus on a vaping company in such this way but for what the ambition of Relx seems to be, I couldn’t help but take interest. A company that not only has ambition to help smokers quit but to dispel myths of vaping along the way? That is mightily impressive. On the face of it, we could just describe them as one of the biggest vaping companies in China yet when you look underneath, they are so much more. A company that uses its values and ambition for good whilst also trying to develop, how many can honestly say that? Relx are showing that it is not about money for them but the overall ambition of what vaping truly is at heart, their actions could help up to a billion smokers worldwide if they are successful. Sometimes as a vaper we have to just take a step back and admire the ambition of a company, Relx is just that, impressive. Where everyone keeps this anti JUUL attitude even here in the UK as they are some sort of devil, would anyone have an objection to Relx given what they plan to achieve over the next 10 years? How much work they put into protecting vapers already and they even have a refer a smoker reward system to actively encourage people to help others make the switch.

All we need is a refillable version of their kit for the top quality Drip Hacks Nic Salts and I think they couldn’t get much better than that. Relx may not be a name you will hear much about but within the next 10 years, they could be the shining beacon of hope for all vaping hardware manufacturers and vapers alike.