Vaping has grown exponentially over the past 10 years and it is no surprise to see it take on a mind of its own within culture.  No longer is it something you use in the pub whilst the smokers have to go outside, vaping has become an entity of its own with millions of vapers around the world making the switch over.  So there is no surprise that vaping has took over into popular culture now, featuring more and more in today’s TV shows and movies.  It isn’t enough for Drip Hacks to simply quote a few TV shows however, what we want to do is look beneath the surface and see how popular culture has projected a very strong vaping message through their methods in featuring vaping.  After all, any promotion is good promotion right?  Not quite, as we will explore, starting with the most famous one of all time. 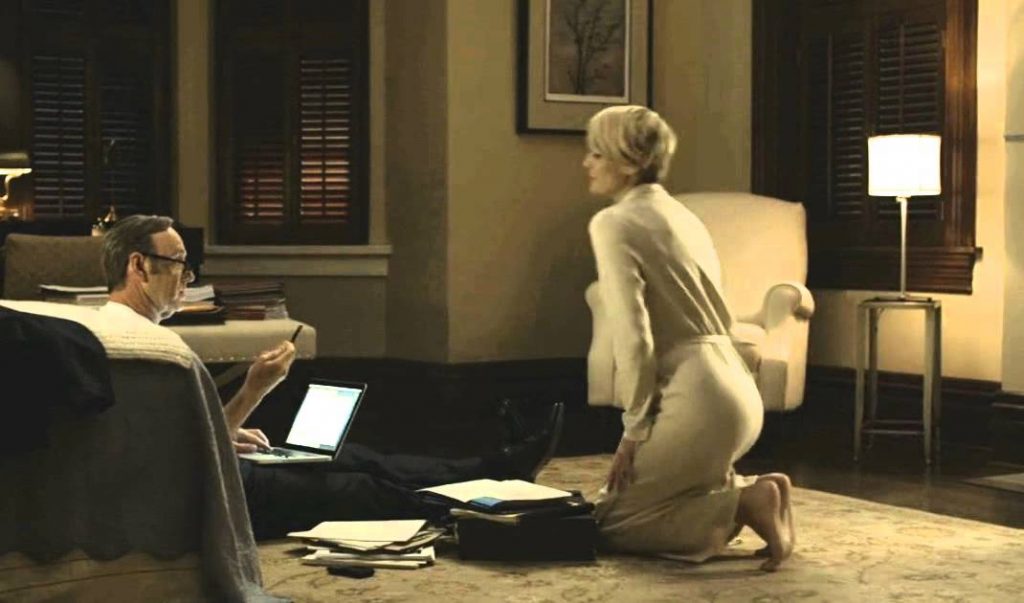 Now before this E Cigarettes did exist within popular culture but nothing compared to this moment in TV history.  They simply were there, House of Cards changed that in quite a big way at the time.

So to set the scene, the main character Frank Underwood was seen regularly smoking throughout season one, almost as a character trait.  So in Episode 4 of season 2, the character was caught using a BLU cigalike as a means of quitting, with the quote ‘I thought you had quit’ being directed.  There was a little sales pitch, probably from the company being product placed after that but this scene was significant for a genuinely good reason.  It showed a character making the switch and the show acknowledging it as a way to quit smoking.  This was way back in 2013 as well so fairly early within the vaping industry as a popular culture.  So rather than simply product place,  House of Cards featured a character quitting whilst using an E Cigarette, to send the message out that vaping is a legitimate source of quitting. 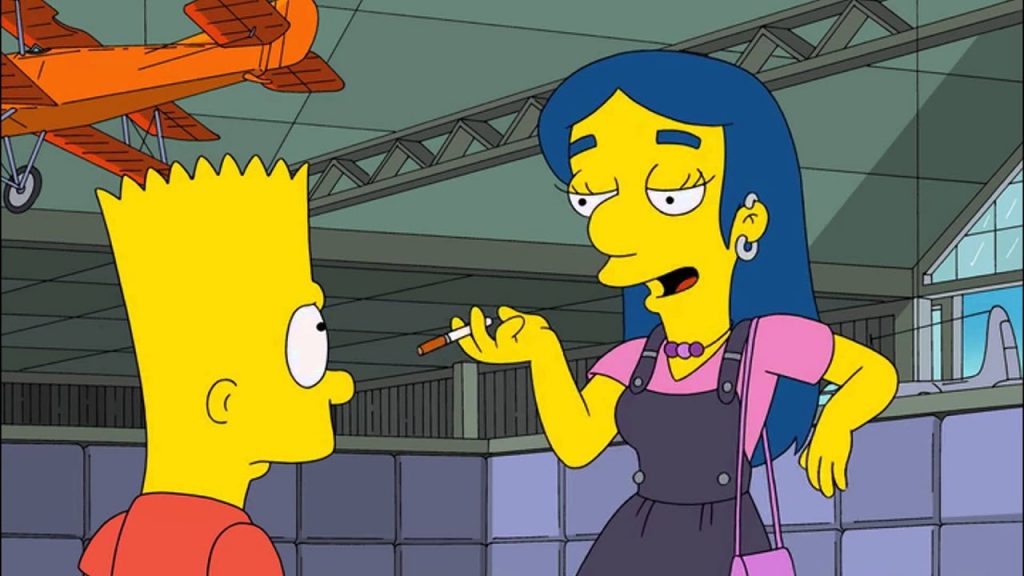 Ahh the Simpsons, a staple of any family entertainment for the past 30 years.  Not afraid of making a quick joke about popular culture, it is no surprise to see the world’s favourite family make a vaping reference.  However this example shows the other way that referencing can take perception of vaping.

Back in 2015, the satire approach to modern issues finally reached vaping and instead of raising a genuine point about vaping, it chose to give in to popular fears and somewhat helped fuel the already bias opinion of culture in America especially.  In the episodes it features kids smoking, Apu trying to sell E Cigarettes to minors calling them for kids, a wide range of generations from babies to grandparents using them amongst many other little titbits.  Additionally the Simpsons have also featured vaping as appearing ‘cool’ to kids somewhat, offering the perspective that a cool kid was using it and using peer pressure to encourage others to follow suit.

As you can probably see, this played into American anti vaping perspectives to a tee.  It presented all the fear mongering that has haunted American vaping for years in one neat package that the kids would watch themselves.  It gave vaping a negative image directing it at kids rather than adults, so sadly we haven’t got The Simpsons to thank for spreading any positive messages. 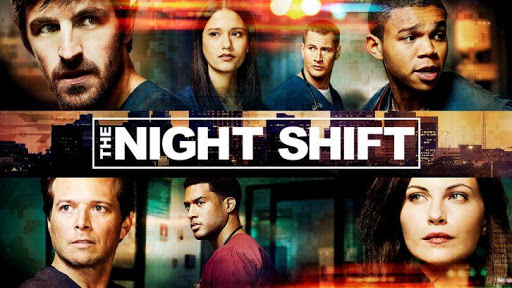 A show that may not be on your radar but the night shift featured vaping in a largely different way that ever before, almost normalising vaping in the process.

The episode in question revolves around a passenger on board a plane who is carrying their vape kit.  During a crisis the patient is warned off using their vape whilst in mid air on a plane, with another reference to follow.  Later on in the episode a doctor has to cauterise a wound and with limited resources he turns to our fellow vaper from earlier in the episode to use that to help save the patient as an unorthodox hot iron with the RDA.

Now something like this is great for two different reasons which hopefully make sense.  The first one was the simple warning of vaping in places you aren’t allowed.  A simple passing message that should still be reminded to people, vape only where allowed to.  Using the RDA as an iron later on however portrayed vaping in a different light, simply by being there and normalising it. The fact you have a passenger using a vaping kit was inconsequentially added, with them playing a small role in saving a life is metaphorically apt.  So the message we can take from the night shift is that vaping can potentially save a life, just don’t vape on board in aircraft.

In this episode, you have the two main characters serving a table full of ‘vaping hipsters’ all equipped with box mods and tanks to boot.  Such a throwaway joke in a very hit or miss comedy but it portrayed vapers as being hipster, with the trendy looks and showed vaping almost like a fad rather than a genuine help device for smokers.

This is where vaping in the media starts to get blurred almost as only the most vain would take something like this to heart.  Yet it still rings true when you come to see vape models all over social media.  Can you picture it?  Is the two broke girls portrayal of vaping too far from the truth then?  We all know it is, how many of us are far from hipster as possibly can be?  However the show tapped into the minority public face of vaping and offered viewers that social media portrayal of vaping. 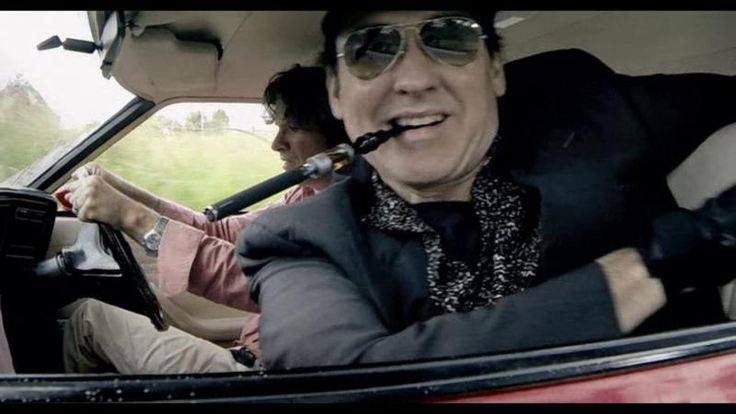 Ok so this one isn’t a TV show specifically, but John Cusack has proven to be significant when it comes to portraying vaping on the big screen being a huge advocate of vaping himself.

John Cusack , star of movies such as 16 candles, High Fidelity and Stand by me has been somewhat of a vaping advocate over the past several years, often being seen vaping in public places.  There was even a picture of him vaping in a baseball stadium, despite the obvious ban there!  However it is on screen that John has really promoted vaping for the industry, often seen using an E Cigarette in some of his movies now.  Whether it be using , holding or even re filling his vape device, John is constantly making sure that vaping is included in his roles.

The reason why this is worth noting then is through the simple celebrity culture that quite often raises profiles of different subjects, whether it be a new dress in season or the latest smart phone.  So to see a famous actor not only feature vaping in general but to feature it alongside him on the big screen, that just adds to the promotion of our industry. No pushed ads, no product placements, just John Cusack and a vaping device in a movie, normalising it the same way an actor with a cigarette would have many years ago. 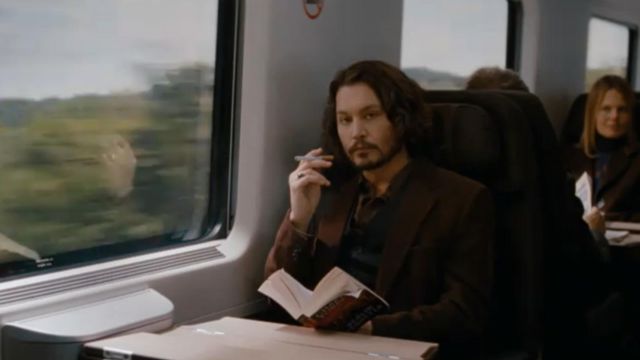 We will end on one that is quite special, not for featuring vaping, but for talking about it instead.

Johnny Depp and Angelina Jolie are actors that need to introduction.  So when they teamed up for a big movie back in 2016, the last thing you would expect is a message about vaping, but surprisingly that is what we got.  Both characters are sitting on a train when they strike up a conversation about Johnny with his vaping device.  What followed was a brief explanation of what vaping actually is, with a focus also in shot on the no smoking sign on the window.  Johnny’s quote in the scene was      “Oh do you mind me smoking? It’s not a real cigarette, look! It delivers the same amount of nicotine, but the smoke is water vapour.”

The scene in question may be such a throwaway scene in the context of the movie with the characters just having a normal conversation.  The addition of what vaping actually is however just, similar to other entries in this list, normalises what vaping actually is.  You could argue it is a very slight lesson in vaping, given the dominance of smoking in movies.  Having a character make a difference to the audience of vaping may not break waves for the industry as a whole but the passing explanation certainly hammered home the message that vaping is not smoke, but water vapour.

And that is our list.  There have been many more mentions or sights in popular culture, from celebrities at the Oscars, product placements in the likes of Luke Cage or even a fairly famous scene in True detective.  However these have struck home in one way or another within the silver screen/ TV screens in a more significant way.  Offering genuine portrayals either positive or negative, the creators decided to offer vaping as much more than just a thing or throwaway joke.  Let us know what vaping scenes you have found and maybe we can do a sequel to this list.  The more vaping becomes popular, hopefully the more positive portrayals on the big screen we will see in the future.