What do you know about vape street?

Given that China is the vaping capital of the world, it would be easy to assume that they live and breathe vaping. Name any vaping hardware manufacturer and you will find that they are based in China. In fact most of them will also be based in Shenzhen, a province of Guangdong that is rich for its industry culture. It is where Smok are erecting their giant building, it is where distribution companies sell vaping products from, Shenzhen IS vaping when it comes to hardware. For all intents and purposes China are the market leader for everything E-Cigarette related, not just for making them but for research and development as well. Companies are dedicated there for nicotine salt, for ceramic coils, for pod technology, you name it. If you have been vaping as long as some of us have, the name Hangsen will be synonymous with E-liquid as well although they are nowhere near the brand presence in the market as they once were. All of this is facts, the sheer amount of money flowing through the vaping industry runs into the billions, one company alone claims a worth of over 22 billion as of this year. So given that the industry is so powerful in one country, why is China against vaping?

It is amazing to think but China actually don’t like vaping all too much, they are one of the biggest smoking countries in the world and despite their mega power in a global industry, they just don’t like it. China as well as being a vaping giant are also a tobacco giant, with a whopping 40% of the global consumption in their products and the largest tobacco source in the world based on revenues. There are a total of 350 million smokers in China, a trade off from their 1.3 billion population meaning that proportionally around 27% of the population are smokers. There is also an odd statistic at 52% of males smoke compared to only 2.7% female, which doesn’t even factor in child smokers. Compare that 27% to somewhere like Great Britain you see that figure at around 14% (as of 2018) so its nearly double, massive when you factor in population sizes. So statistically, China is very much a smoker country with vaping an afterthought which would be like saying the Scottish hate whisky or the Brazilians not really enjoying football all that much. So looking into these bizarre scenario over there got me finding out to what extent that China refuses to adopt the best alternative to smoking that the world has ever known. They may make the things but China aren’t picking up e-cigarettes in a hurry and we may topical-ise the why in the matter but the how is far more interesting. So join us here at Drip hacks as we look at cases where China remain a relativity vape free country outside of the labs. 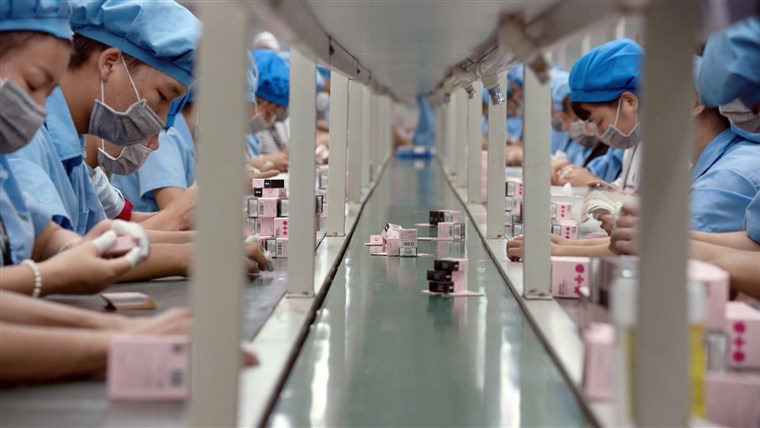 What do you know about vape street?

Sajing street and Songgang street in Shenzhen are not famous locations but in China they go by a different name, vape street. It is estimated that around 80% of E-cigarette production is based around vape street but if you go looking for it, you may be a little frustrated. Despite being such a large hub to a global industry, people there aren’t very open about talking about it. If you ask directions you won’t get a clear answer and if you go searching you will find next to nothing. Buildings with darkened windows and no signs to provide beacons, just rows of office buildings everywhere. It looks like any old office district but inside is the heartbeat of the vaping industry. It is almost like the Chinese are embarrassed by their latest multi billion dollar industry, the sheer mention of it is met with awkward looks away and confusion as to what you exactly mean. It is a far cry from the reports, with sources such as Aimei consulting claiming the vaping industry there to have a good prospect in the future.

Looking around the area you won’t find anything of life in the industry, with a market building advertised as a HQ for one company found to be empty, besides the odd visitor to the third floor for a meeting every once in a while. Except it seemed despite the flyer outside talking about it, the building has been essentially abandoned. It gives you the feel of a ghost town, like stepping back in time 20 years to before E-cigarettes were invented. Asking someone who does know a thing or two will tell you that vape street has moved to Jinsha road for all the processing plants, giving the reason for its moving a conflict of interests. The strange thing about it seems to be where the main brands open their HQ doors to media on a regular basis, the processing side of the business is almost hidden away, sworn to protect their secret hideout from the rest of the country. When you investigate further, you find that many of these places are hidden away on industrial estates under the moniker of science and technology companies. You have to look even further into it to find that they are actually connected to the vaping industry and even operations are still pushed to higher floors rather than on the ground. 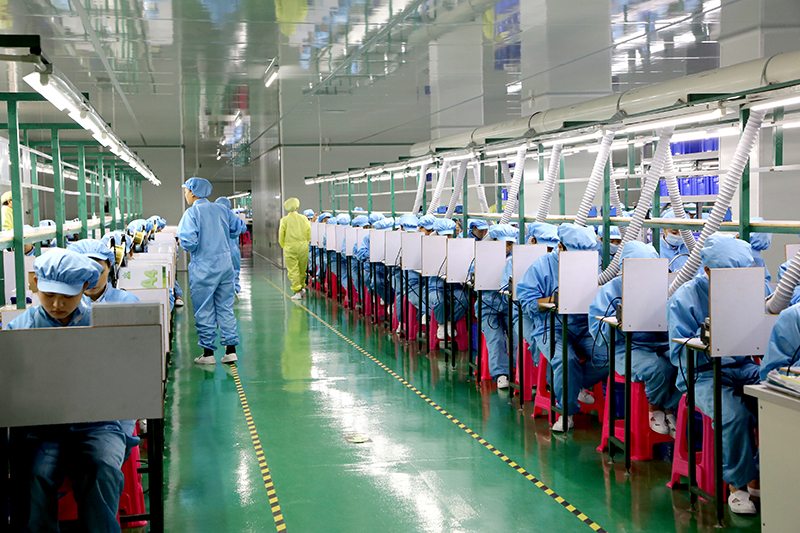 The reality of China currently is that they are following suit with the rest of the world and its having a huge impact on the industry as a whole. On 1st October, copying the American actions, China brought in tobacco control for the first time in its history. These controls were designed much like anywhere else globally removing the option to vape in public places that would otherwise prove harmful to others. Examples include bus stops , tourist attractions and any other place that gathers people. As with anything, E-cigarettes were lumped into the regulations and once that happened, companies started laying off staff in processing plants. Despite the global market that many companies operate in, it seems a control over their products hit some of them harder than you would have expected. Companies such as Innokin there operate under a different name, Xinyikang and have stopped taking workers on in anywhere the same numbers. They have a very strict access policy to their buildings and to even step foot inside you need to have cleared it with management first. This can even be a social affair, almost checking your personality before they decide if you are allowed to step foot in the factories. It isn’t just the big names doing this, a company called Feipuer can be found between a fire station and a hotel. They operate on the third floor and actually have a garage for fixing cars, which is the level these places are hidden away. Meeting with them you are met with many suspicious questions and the general attitude is that their products are produced to sell overseas rather than to their own people.

It is absolutely crazy to see a global industry operate like this, like they have a secret to hide despite the millions of products each year they are selling. After all without China there would be no vaping industry for us to have enjoyed over the years. Pretty much every major brand stems from China but instead of neon lights and celebration, there are darkened windows and almost speak easy style operations taking place. The once famous vape street has since been abandoned and fragmented all over the area, with one big company choosing to move out altogether. It isn’t all bad, Smok for example are planning on building a brand new HQ so there are some companies who are loud and proud as a vaping manufacturer so to speak. For everyone else however, they are making millions whilst hidden away, reaching across the globe without letting anyone through the front door.

We have touched upon this before but China is very much a tobacco country. Both its people and its industry make vaping a difficult thing to come across. For a start they were never advertised as a smoking cessation tool in the country but more like a trendy alternative to smoking. This has meant that unlike somewhere such as the UK with generational vapers, China you will find they are younger generations, 20-30 year old who choose to use them. This lack of interest has seen actual vape shops hard to come by outside of Beijing and Shenzhen, with the potential of travelling hundreds of miles to find one. Again is is incredible considering that they make them yet it is extremely difficult to buy them. Cost plays a big factor in why they aren’t popular as well, with a kit costing around 100 Renminbi at their cheapest, around 11 English pounds. This is a months saving for a college student compared to much cheaper pack of cigarettes, making the choice for many people financially based. 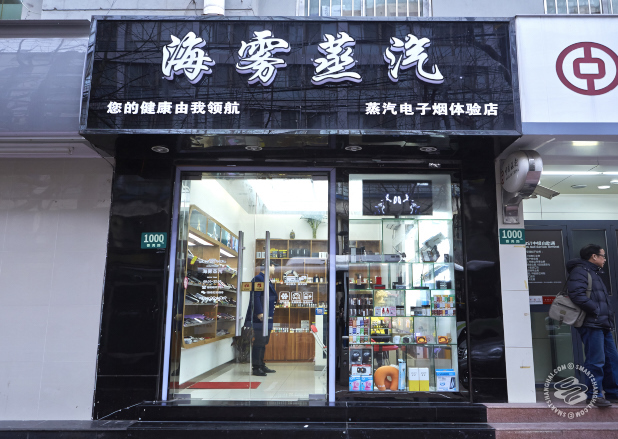 Another aspect to China’s attitude to vaping is the ban of online sales across the country making them even more difficult to obtain. Many different factors influencing this actually start overseas, whether it is the total banning of the product in other tobacco rich countries such as India or its the potential restrictions put in place in places such as America. In fact many companies themselves see the American market as make or break for their business, almost forgetting about us Europeans who vape in our numbers. These external influences are pushing China to adopt similar approaches to the matter which is then creating a ripple effect for the people. If they are expensive to most young / poor people then it limits who can afford them and more importantly, where they live. If the products are difficult to come by, it isn’t much of a surprise to see the numbers vaping to remain low. The online sales ban hit many online only companies hardest of all and product part of the problem in itself, companies have to be set up to distribute overseas to have a credible business model. This in turn means that any overseas regulations put in place, it has a negative effect on the industry back in China, pushing them to put heavier restrictions in place.

The truth is, despite its global reach and the millions of vapers worldwide who have used them to make the switch from smoking, you aren’t going to find many in their homeland. Whether the companies are hidden away or simply unable to get their products to the customers, its quite the strange scenario that they find themselves in. How do you expand in a country that simply seems to make it as difficult as possible to grow? How do you convince million of people to quit smoking if your products are hundreds of miles away. It is a hard scenario to really make sense of, either you choose to keep smoking or pay over the odds if you are lucky to be nearby and choose the healthier alternative. For millions of Chinese people however they don’t get given that option and its horizon makes it seem that they are a long way off from that. Until vaping is accessible to all, vaping is always going to remain a worst kept secret billion dollar industry, a place where you can order 50,000 pod devices whilst your car gets repaired downstairs. It may be down to the industry giants such as Smok to leave far more than just a legacy in the overseas industry. These companies need to stand tall and grow worldwide to even give the government there a chance to grow accustomed to what they have. Perhaps one day we will see vaping take over China but right now, its a health vs cost and that horrible stick of tobacco is priced just too cheap to even care about it.

The biggest question now is, what happened to vape street?