I remember back when I made the decision to quit smoking and start vaping. Like many people I started on a vaping pen that, in hindsight was lucky not to blow up in my face due to the unbranded product the shop sold me. I didn’t know any better at the time but the choice of many different flavours was fun, exciting and most importantly making it easy to quit. Moving from that to a Nautilus was revolutionary for me at the time, much the same moving to the Kanga Sub Box a year later. Ever since then, moving from new tank to new mod has been an extremely fun experience, tanks have got better, mods significantly better than they were 4 years ago and many different options. I remember when Temperature control was a thing that everyone got excited for, I remember the breakthrough in coil technology and we can all remember the emergence of mesh. Since 2014, my experience in the vaping hobby has been nothing but enjoyable, so writing this it pains me to ask the question.

Where has the excitement gone?

For any new vaper out there wanting to follow the white vapour rabbit, the world is both exhilarating and mysterious. There are so many choices, so many products on the market and years worth of mods to choose from. The industry has never been bigger, nor better than it has been for 10 years. Wicking / coil techniques have come a long way beyond the point that should be reasonable, with coil builders passionate about their gauge, ohms and twists for their perfect vape. In a way I am almost envious of new vapers starting up today, however for me, the industry seems to have lost its spark that once made every new announcement a big deal. It almost seems to be a contradictory statement yet when you take a look at the industry now, innovation seems to be gone.

3 years ago, Voopoo released the Drag mod, a simple box mod with a fantastic chipset inside and it revolutionised the mod industry overnight. The Drag must be one of the biggest selling mods of all time, it was massive for well over a year until the Drag 2 replaced it. The impact of the Drag changed the landscape, companies moved from clever designs looking to hit their niche and rolled back the years to simple box mods that relied on performance over aesthetics. Everyone from Ijoy to Geekvape followed suit and brought their versions out and the niche was left out in the cold. We did see some companies try something different, remember the Wismec Active for example? However it became a fad rather than a must have item, a massive contrast from the must have mods previously. The rule doesn’t apply to mods only, the Aspire Nautilus was the MTL tank to own for years, released in 2014, it lasted nearly 3 years before Aspire even dared to change the formula. I am sure there is plenty of vapers out there who still swear by the original for both performance and flavour. When the Aspire Nautilus 2 was announced, it created genuine buzz for the whole industry. The best just got better, how the industry should be. Compare that to 2019, how many MTL tanks, pods, kits etc did Aspire release? Which one is the best, which one performs the best? Truth be told unless you buy them all you will never know. Similar over at Voopoo, they got behind the Vinci pod mod, a new step in the vaping industry sure, so why did 3 different versions get released within 3 months? Which version should you buy? 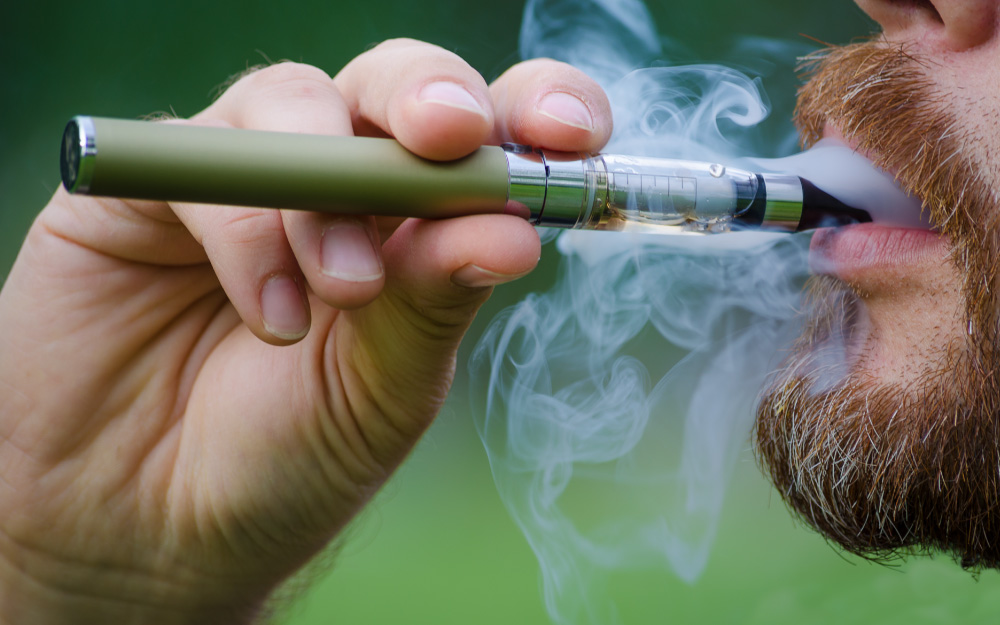 The market has become sterile when you really take a step back.

Over the past 12 months we have seen the pod kit dominate the market, rolling vaping back to a simpler design to appeal to as many vapers as possible. Over the course of those 12 months, they have got better, they have evolved somewhat and the coil performance from coils have improved in such a short space of time. Except the pod isn’t delivering anything other than convenience compared to what was already on the market. A grab into the simple device market dominated by companies not part of the regular bunch. After all, what is different with the best MTL tank compared to the best pod, other than compacting the sane design. Herein lies the issue, the electric spark that often changed the industry has faded into a simple current, running the same parallel patterns to each other, without ever daring to cross the streams and hope fore the best. The problem with a lot of products is not the quality but instead they lack a reason to buy. If you own a drag, why do you need to own the nova, the shogun or the gen? They look the same, down to the same resin design and all of them will serve you well as an every day mod. You can read reviews of every single new mod or tank on the market and they may all get great reviews, where is the must have factor, what makes you rush out to buy it?

Even vapers don’t seem to be offering something new.

Another problem within the industry we have seen over the past 12 months is that where the lack of ideas from companies are not being filled with the vapers themselves. A new trend that may have started prior to 2019 but accelerated none the less was collaborations with YouTube personalities to bring out essentially a higher quality product. Whether it be a mod, a dripper or to tweak existing designs, it seems more and more involvement is seemingly required from the vapers themselves to stimulate the market. Last year saw Vandy Vapes move into regulated tanks and mods with the release of the Jackaroo. Made in collaboration with the Vaping Bogan, the design was different to anything else at the time with an almost rugged look and feel with added protections for the device itself. However what the Jackaroo couldn’t do is offer anything different than Geekvape had brought to the market with the Aegis previously. You got a different looking (and somewhat heavier) product 2 years after the Aegis had already been there. Even the RDAs being released are tweak after tweak but how many of them truly have revolutionised the rebuildable industry? They move certain parts to slightly higher/lower positions and slightly alter the post design but without offering a brand new experience. 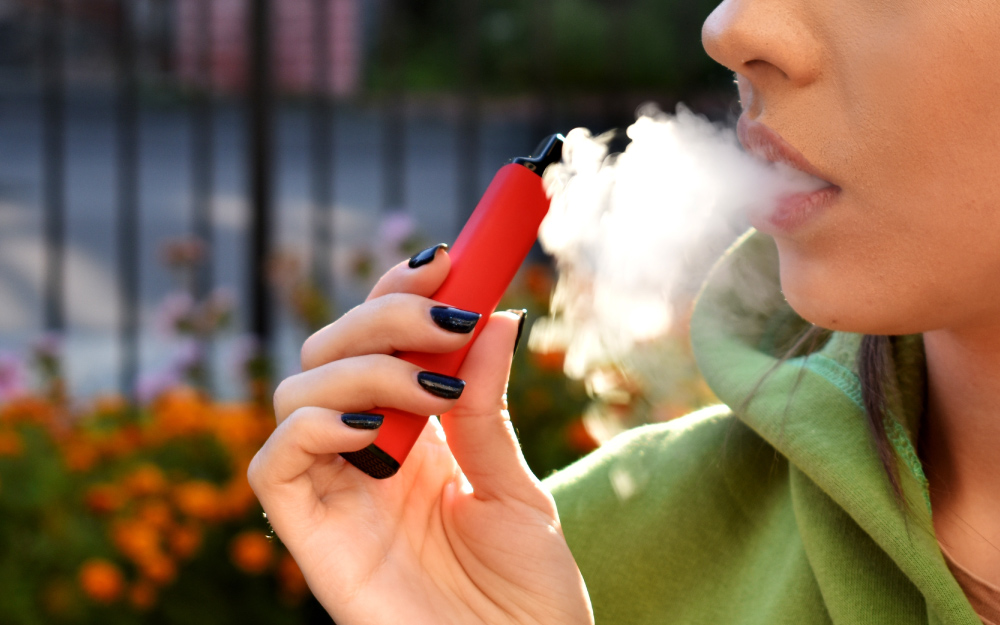 So the question that comes to mind is how do you change that? There is only so much you can do with a mod or tank that hasn’t already been done so unless someone discovers a better coil version than mesh, or a mod design that offers both comfort and performance in a package that is appealing, then there isn’t any spark right now to be had. It is impossible to revolutionise an industry that has reached its peak so fast, 10 years is nothing in any sort of industry to peak out. Imagine if Henry Ford has developed the Ford Mondeo in the 30s? So the question now is how do you bring that excitement and innovation back into the stale industry? I do not have the answer but I do have a few ideas.

Going back to the Nautilus, the release of the second version was hyped beyond simply a new product. It was a big deal and so many tanks were sold in such a short space of time, bought by vapers eager to see how much better their tank of 2 years was going to be. This approach did carry on, with the Cleito being a flagship tank, which brought a massive jump in quality compared to most others on the market. Perhaps if more companies go back this approach then the quality of the products will have time to see much bigger leaps and in turn, establish companies back as market leaders. Aspire don’t stand out anymore, yet only a few years ago they were one of THE companies to buy from. We do see some companies still maintain this approach, Uwell for example with their Crown and Valyrian tanks having development time to really improve over their predecessors. If more companies went back this approach, the hype each year alone would be immense and bring back some of the excitement now lost when these companies release 2/3 different, yet similar products a year.

It seems I am picking on Aspire here but again they prove to be a very good example of companies not taking enough risks anymore. When Aspire released the Revvo tank, it brought a completely different coil design than seen before. However it didn’t go anywhere other than adapted for another product, the development of the tank started and stopped at its original release. What if they used dual disc coils? Top and bottom design for maximum flavour? Bigger capacity, bigger coils, even adapt mesh into the new design? We never saw that happen. Similarly, Joyetech released in 2018 one of the most innovative products in years with the Ultex T80 release. Essentially it used no coils, instead a heating element which provided both easy cotton change and long lasting heat plates which was both economical and easy to use. That was in 2018, there hasn’t been any further advancement of this idea which is a shame as it could well have changed vaping entirely. Imagine if they could develop a heating plate that matched some of the best sub ohm tanks for flavour and performance? All it takes is getting that one product right to put a company on the map. I mean how many people remember the Horizontech Arco range? Whereas everyone knows (and probably owns) the Falcon tank. 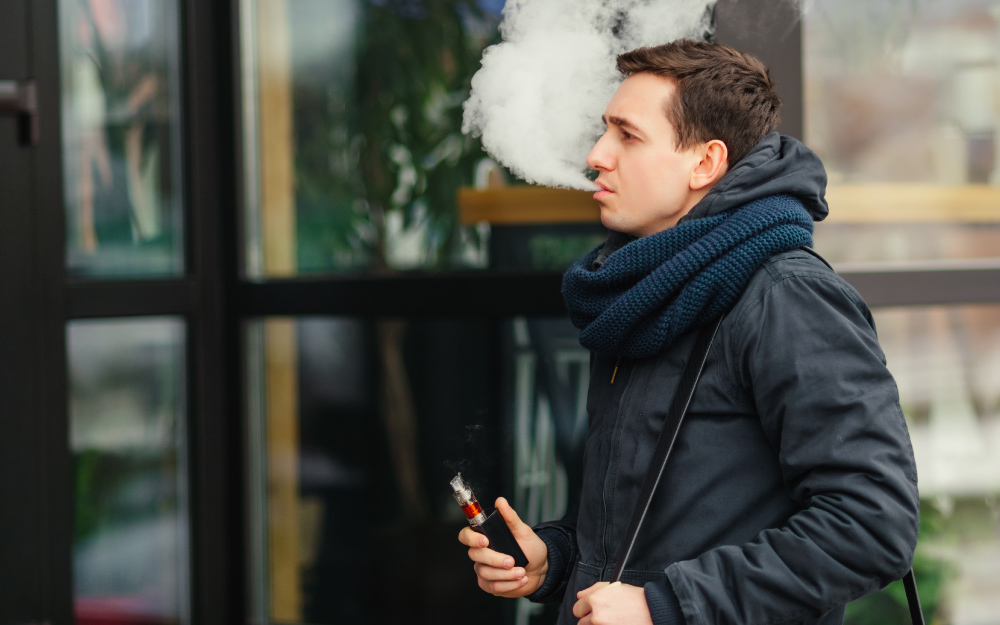 The other way I believe you can recreate that spark in the industry is to simply stop making so many of them. Having 3 different versions of the same product is saturating the market far beyond it can really make money for anyone, more so within the pod market now. Companies are releasing more and more of the same type of product, up to 4 different types of devices now a year which is diluting the quality that any of them carry. The Smok Nord was an amazing release back in January 2019, yet since then we have had the Fetch, Fetch Pro, RPM40, Novo 2, Nord 2 all within 12 months. Other companies seem to be following a similar pattern, we even saw the Drag turn into about 4 different products within 4 months of the Drag 2 launch. If companies stop releasing so many, it won’t lose them money, it will simply amplify the products they do have. If the Nord is their best pod system then spend the year improving it, have 3-4 products a year that you develop, rather than 3-4 any given month. Vapers stop caring about a company’s products when there is far too many of them. Slow down, focus on quality and make each product the must have in their genre instead.

Sadly there is no right or wrong answer for a lot of vapers, it is nice that we can all settle on what we enjoy now without feeling the need to constantly upgrade. Yet for those who have been vaping for years, can you honestly say there is any excitement within the market anymore? Is there a new product on the horizon that you are genuinely excited about in regards to significantly improving your vaping experience? If you have to think for a moment then that is your answer, the spark for you is gone. We can only hope that companies can focus on evolution rather than adapting to environment because if not then the vaping market will have lost its spark for quite a few years yet.